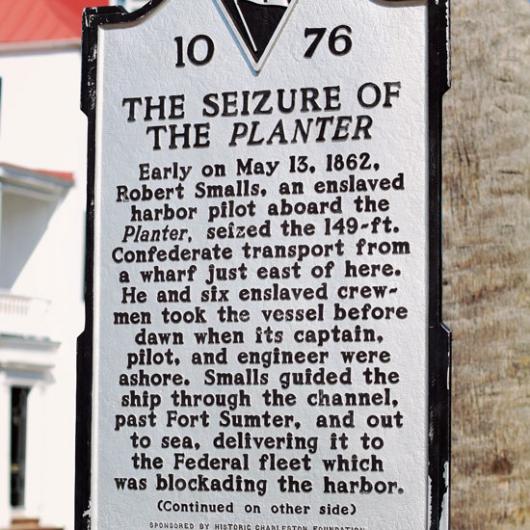 animated by: Michael B Moore

"My race needs no special defense, for the past history of them in this country proves them to be equal of any people anywhere. All they need is an equal chance in the battle of life.”

Robert Smalls was an enslaved African American who risked his life for freedom - and became a legend in the process. During the Civil War, he managed to commandeer a Confederate ship The Planter and delivered it to the US Government – sailing himself, his family and crew to freedom in the process.

Michael B Moore is deeply rooted n Charleston. President of the International African American Museum, he is also the great-great-grandson of Charleston hero Robert Smalls – founder of the Republican Party of South Carolina.

Smalls was elected to the U.S. House of Representatives in 1874 and helped establish a military base at what is now Parris Island.

After the civil war, Robert Smalls was commissioned as a brigadier general in the South Carolina Militia. He purchased the house in Beaufort, SC where he had formerly been enslaved.