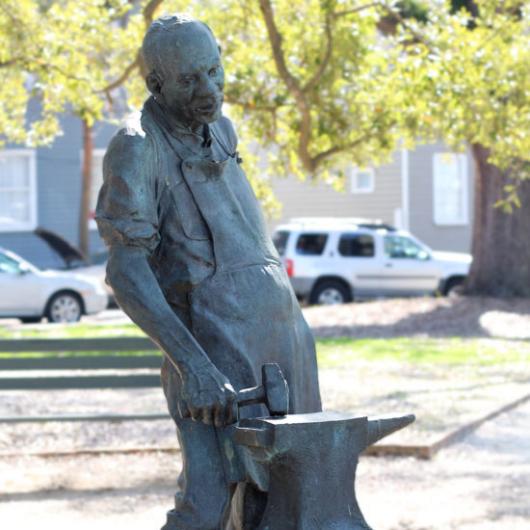 "My instrument is an anvil. I guess some of you have heard me play ... a tune on the anvil, the old blacksmith tune… I'm proud of that anvil, really proud.”

At the age of 13, Simmons became an apprentice, learning his trade from a craftsman who had been formally enslaved. By the time he retired, 79 years later, his decorative ironwork had become prized throughout Charleston as well as major museum collections, including the Smithsonian in Washington DC.