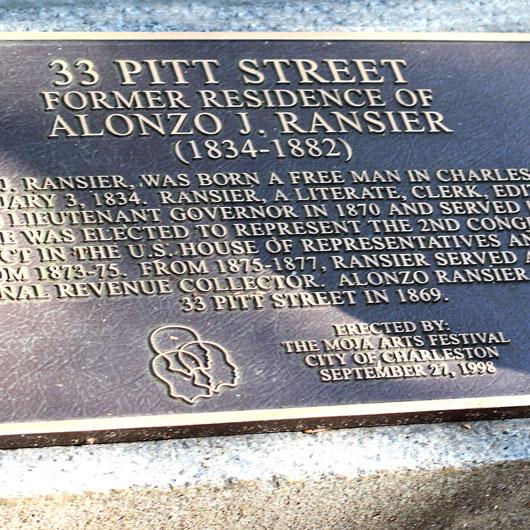 "Let the black man and the white man, under the banner of one country and one citizenship, recognize and understand the law of mutual dependence, cultivate friendly relations, each respecting the rights and the lawful privileges of the other.”

Born a free man in Charleston in 1834, Ransier became South Carolina’s first black Lieutenant Governor and, subsequently, a Republican Congressman for the State. Despite these achievements, he died in obscurity in 1882, aged 48.

Acclaimed Tenor Rodrick Dixon has performed at major Opera Houses across the world. A native New Yorker, he believes that we can all learn from the poignant stories of Charleston.

The Civil War won some 4 million enslaved people their freedom.